Myanmar is a new priority country for ADDA. This pilot project is ADDA’s first project in Myanmar and will focus on knowledge transfer and capacity building within organic farming. Myanmar is one of the poorest countries in Southeast Asia and relies predominantly on agriculture with low productivity levels.

While organic farming has gained ground in many of Myanmar’s neighboring countries, and in some countries become a national priority, the organic market in Myanmar is still not developed or widespread. With this said, there is potential to develop a niche market for growing organic produce on Myanmar’s fertile soil and ample available land, that could help raise the volume and value of local crops produced and improve living standards for farmers.

Although organic market is in the early stage in Myanmar, there is a growing interest in organic produce and despite organic farming present several challenges to small-scale farmers, it is part of the solution and means of improving their livelihoods.

The overall objective is to improve the livelihoods of small-scale farmers in Pa-O Self-Administered Zone in Southern Shan State, through sustainable and organic farming by using locally available resources to improve the soil, yield and farmers standards of living. 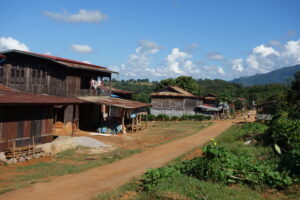 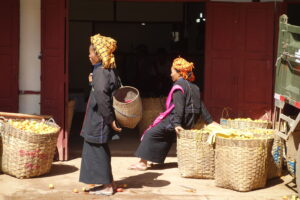 The target groups is the 150 small-scale farmers, who will receive training during Farmer Field Schools and being organized into producer groups. It is expected that most of the small-scale farmers will be of the Pa-O ethnic minority group and with a specific focus on women.

However, the project partners are not confined to the Pa-O group only as other ethnic groups also reside in the Pa-O Self-Administered Zone