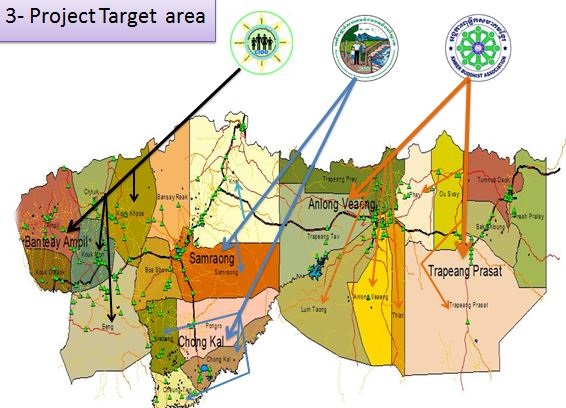 Oddar Meanchey province is a very young province in Cambodia, created in 1999 after integration of the final elements of the Khmer Rouge into the Government. Due to the years of insecurity, the population of ODM used to be very low, however, improved security and accessibility of the province is attracting large numbers of previously landless families from other, more populated provinces of Cambodia in search of land to farm. Starting life all over again, these families are more vulnerable to food insecurity than the older residents. Female – who are struggling for the survival of their families – heads 15 % of the households (HH) in the province. Poverty in Cambodia is primarily a rural phenomenon, but there are significant regional disparities in the incidence of poverty in Cambodia, with low rates of poverty recorded in regions with higher income per capita (e.g., Phnom Penh, Kandal province, and Sihanoukville) and high rates of poverty in those with low income per capita (e.g. ODM). ODM province is one of the three poorest in the country.

CISOM phase II is based on results from the CISU supported project: Empowerment of Civil Society in ODM, CISOM Phase I, implemented from January 2013 to end February 2016. 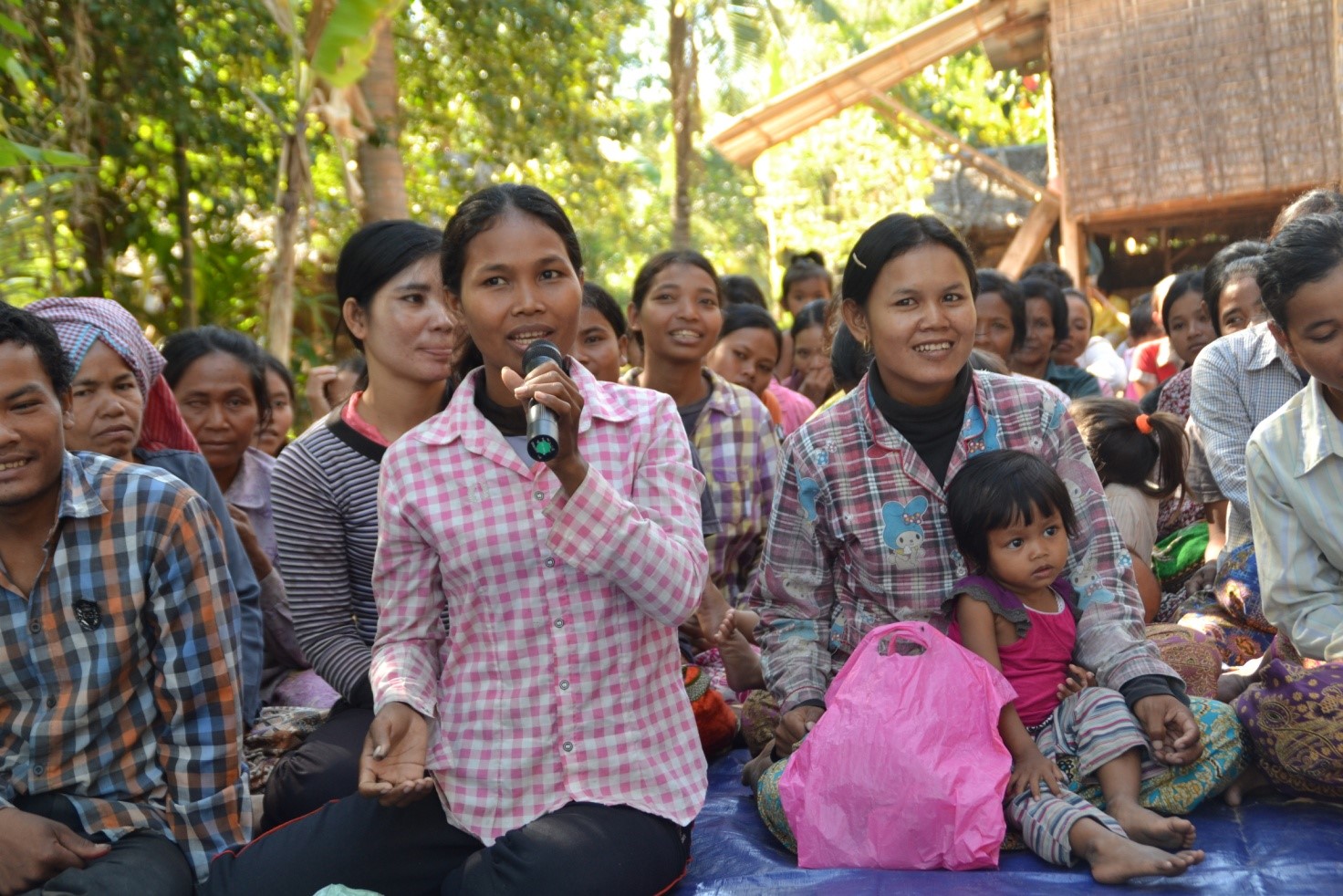 Women in self help groups have learned the art of soft advocacy, and they bring their concerns to the Public Forum 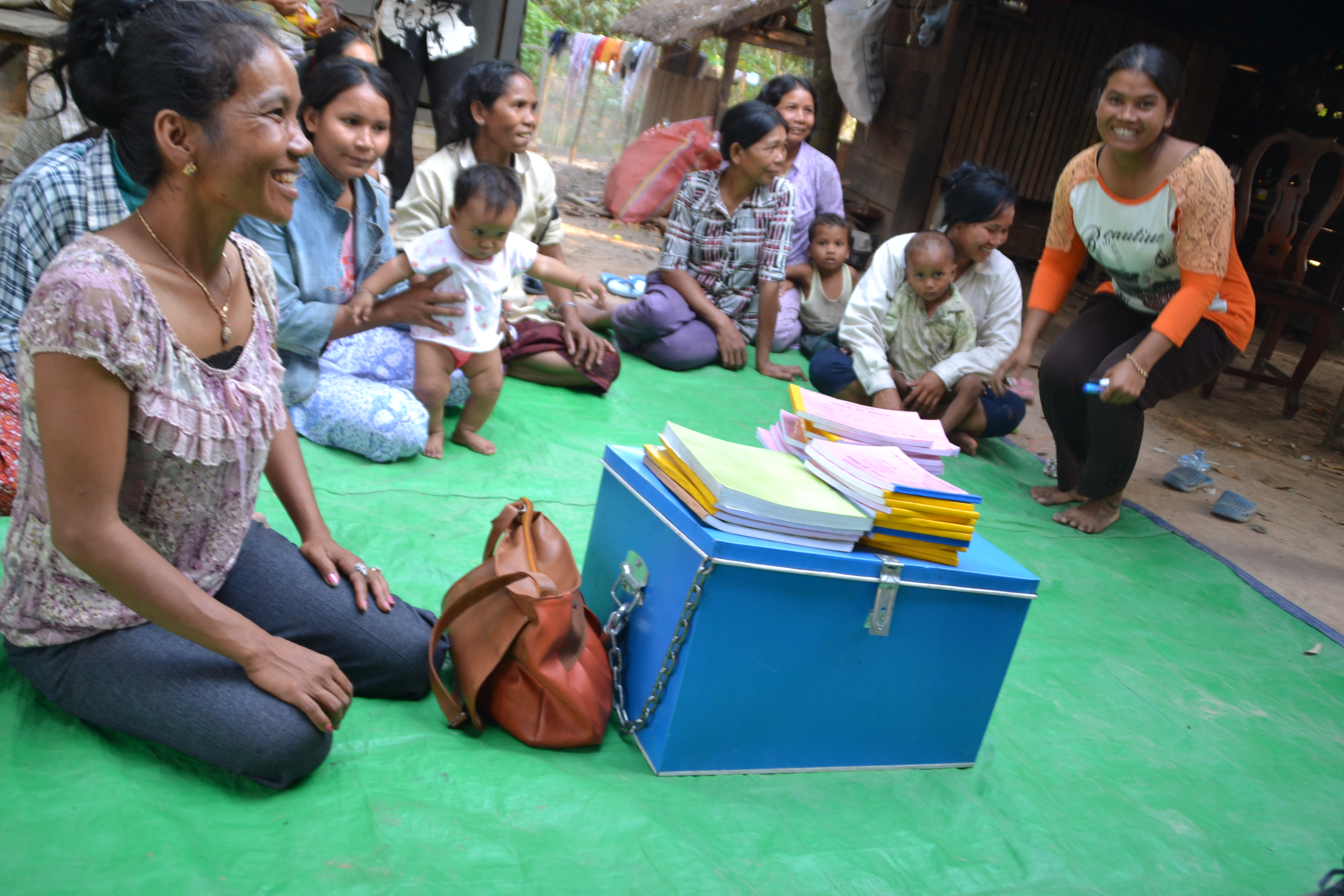 Meeting in the Self Help Group, savings are done!

Capacity of CIDO, RCEDO and KBA is further built during CISOM II, in line with lessons learned during implementation of similar actions in Siem Reap, e.g. IWEP, COCIS, INFOSE, CISUP and CISOM I.

The local NGOs in ODM are very experienced, and they have been operating from 13 to over 17 years on a number of projects related to agriculture, food security, community development & community based organisations, good governance, water and sanitation. They are thus very familiar with local conditions, they have outstanding sector specific expertise and long standing relationships with project stakeholders e.g.

The local NGOs have strong relationship with local authorities, target groups/final beneficiaries, NGOs and projects in ODM Meanchey and they possess technical expertise very suitable for the implementation of the CISOM II project in ODM. CISOM will definitely help raise the profiles of the project partners as civil society actors.

CISOM II will focus on further development of 80 SHGs established during the first phase, 11 existing SHGs established by other projects in the target areas, and 9 new SHGs will be developed.

The SHG´s and the cooperatives shall be strengthened, so that they know their own motion to expand or launch  income generating activities and projects to benefit the community. At the same time a strengthening of the groups´ democratic and organisational capacity shall take place, and they shall influence local political priorities to a greater extend than previously and contribute to a healthy development of civil society.

The project build on 91 existing SHG´s, which already have achieved a solid social development level. 9 cooperatives are to be developed, which will build upon the target groups´ good experience from the SHGs. The cooperatives shall increase the value- growth of the members´ production and promote the interests of the poor. 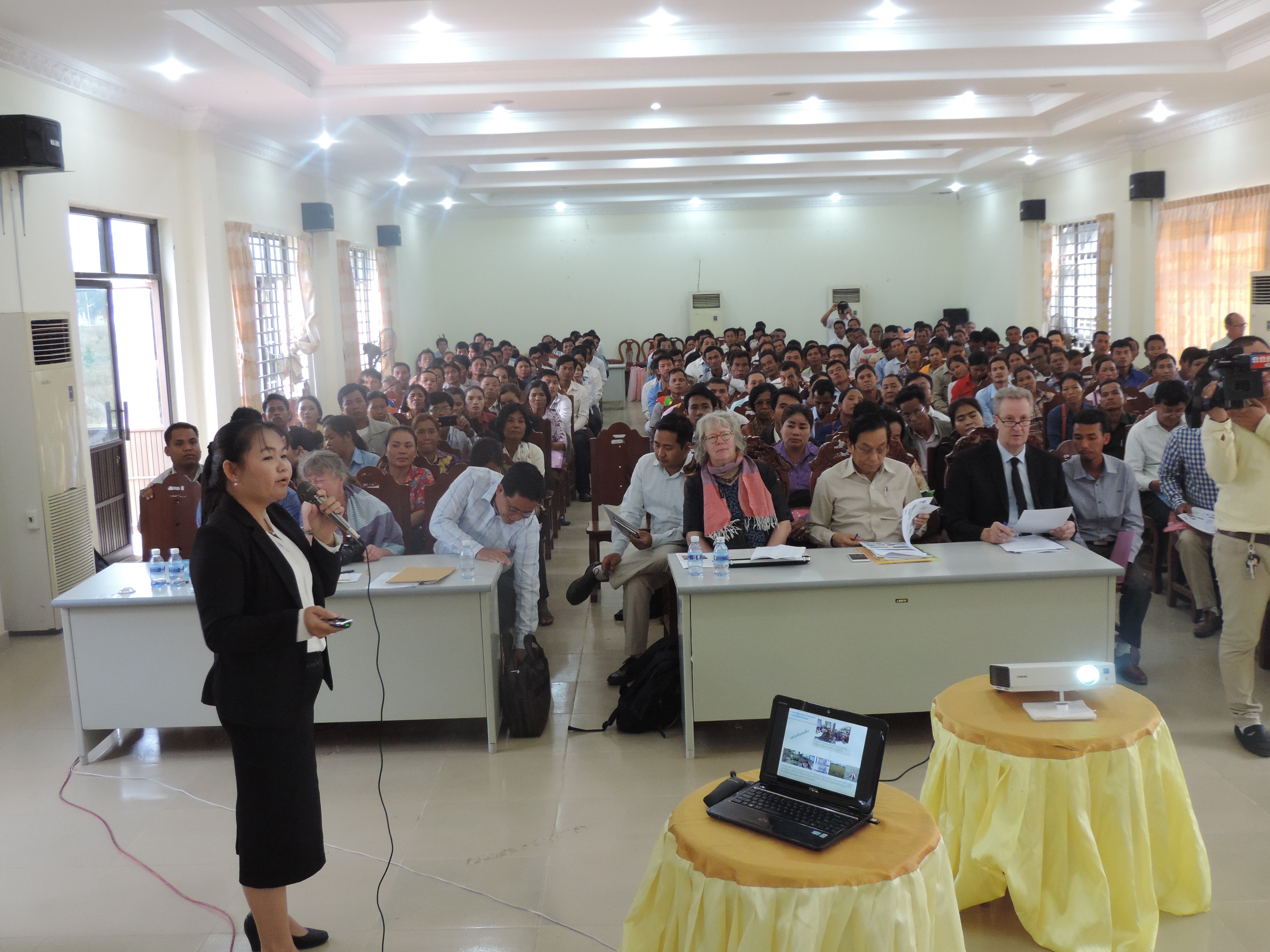 Mrs. Yun Sinang, leader of CISOM I and II, in closing workshop on “Empowerment of Civil Society in Oddar Meanchey” (CISOM I) Project and the Opening Workshop for CISOM-II Feb. 22. 2016 in Oddar Meanchey.

The CISOM project phase II is a fine opportunity for the 3 local NGOs to fulfil their missions for local development within the ODM province and their geographical area of operation. By implementing the project, they will be able to strengthen strategic services, build organisational capacity and improve ability to advocate on behalf of their target beneficiaries. Activities would be extended to 9 new target villages and beneficiaries.

This will allow them to gain an even better reputation and higher appreciation from poor people, authorities and other concerned stakeholders.

CISOM II represents a chance to: