Fair deals between farmers and the agricultural industry in Northern Vietnam

”Legal Assistance to Contract Farming” – this is the title of ADDA’s new project in Vietnam. It was approved by CISU in July, and started officially on August 1st. The project will be implemented together with our partner Vietnam Lawyers’ Association (VLA). ADDA and VLA have been partners since 2007 and the first project – “Legal assistance for the rural population” – started in 2008.

During the course of the projects ”Legal assistance for the rural population” phases 1 and 2, the rural population in Northern Vietnam, and especially the ethnic minorities, have mentioned a need for assistance with regard to several legal aspects, amongst others land rights. During the work carried out in the rural districts and at meetings in the local legal assistance clinics, individual farmers, farmer groups, and representatives for farmers expressed the need for mediation between them and the agricultural industry. VLA and ADDA looked into the various problem areas that occur between small farmers and businesses, and decided that we initiate a project proposal that could benefit both the farmers and the agricultural industry.

What is ”contract farming” ?

The aim of contract farming is that both parts, farmers/farmer groups and buyers, benefit from the contracts they sign. The farmers will ensure that there are customers for their products, and the buyers will ensure that they can get an agreed quantity and quality of the products, which will be delivered at an agreed date. Bigger businesses will sometimes support the farmers’ production with technical consultation. You also come across buyers who can supply seeds and fertiliser. Farmers and wholesale dealers will typically make contracts for crops with high value, and in the project areas this will be coffee, tea or rubber. These agricultural products are also exported.

The aim is to help poor farmers who work with contract farming, or who are considering making a contract with a company, to ensure that they get newer and better contracts. All who are involved in contract farming need more knowledge. The target group is the ethnic minorities in the northern provinces of Lao Cai, Lai Chau and Son Lai.

Poor farmers in selected districts in the three provinces will have access to impartial legal advice when contracts are drawn up with agro-industrial companies. Local authorities will also be invited to participate in the project and their legal expertise will be boosted, so that they can mediate and tackle disagreements and conflicts. Farmers and companies must enter in to fair deals, and it is the intention that the companies will extend their social responsibilities and understand the importance of righteous contracts.

Both VLA and ADDA are pleased with the new project, and the partnership agreement about the project is signed, and the first planning workshop in Lao Cai province has been held. All three provinces and the local advisory centre in Hanoi, the coordinator of the project, met to discuss the start-up of the project. The local advisory centres in the three provinces are now working on more thorough and updated investigations in the districts regarding, amongst other things, the number of agricultural businesses and the concrete problems between farmer groups and the businesses.

Some of the problems in the project areas arise from the companies that delay finishing the contracts with the farmers. The farmers sometimes sell their crops to other buyers and therefore cannot deliver the agreed quantities, when the wholesaler comes to collect. But the idea of contract farming is that it is a win-win situation for both parts, and it is exactly this we try to ensure through ”Legal Assistance to Contract Farming”! 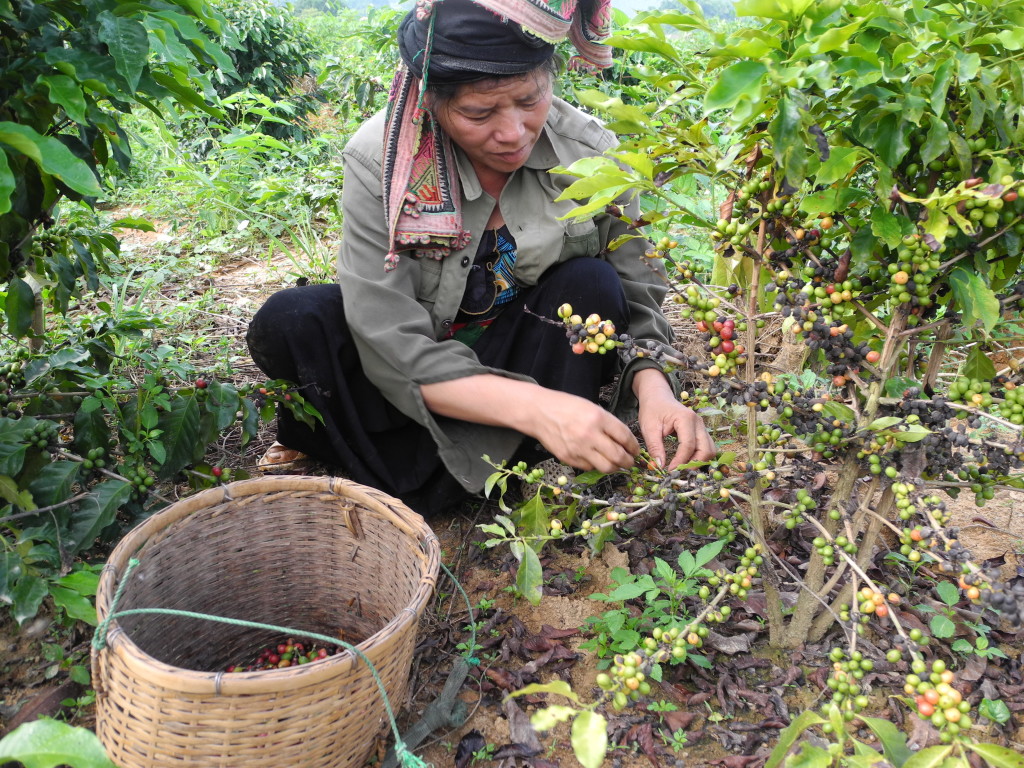