The water supply and food security for rural area are crucial

Tropang Run is located in Tropang Prasat District, Oddar Meanchey and is best known for two historical reasons. It was the last stronghold of the Khmer Rouge regime to come under government control in 1998 and the final resting place of Pol Pot. In the 1990s the Khmer Rouge still controlled Tropang Prasat and Anlong Veng, where one of the first “Killing Fields” after the fall of “Democratic Kampuchea” took place.

After the peace is present in these areas, the sites at both Tropang Prasat and Anlong Veng became a memorial and tourist site in time for the visit Cambodia. The towns are seen by the government as a useful stopping point for tours from Siem Riep to the 11th-century temples at Preah Vihea. The site has had minor tourist developments including museums, hotels and a casino. So far, it is observed, that the development for this area is still slow and the educations of the people are still limited. Additionally, Trpang Run village is not quite different from other villages, since the villagers cannot access clean water in the dry season. The reason was, that the location is likely situated on high land area, and the source of water is too deep to access, particularly in the dry season. Another reason was, that the villagers cannot afford the budget to set up the ring well. They badly face the shortage of the water during the long dry season up to seven or eight months.

​After Self Help Group was formed by CISOM Project successfully, the group members seek support from the project for building three ring wells and one paddy rice bank. By seeing such difficulty and need of the villagers, the project approved on the request to support the SHG with the budget of USD1, 230 to complement to the contribution budget by the villagers of USD691. As the result, 3 ring wells were built successfully. The 3 ring wells and the paddy rice bank locate in Tropang Run Village, Tropang Prasat District, Oddar Meanchey Province. The water supply from the ring wells does not only support the SHG members in their community, but it can support the people in the community nearby as well. 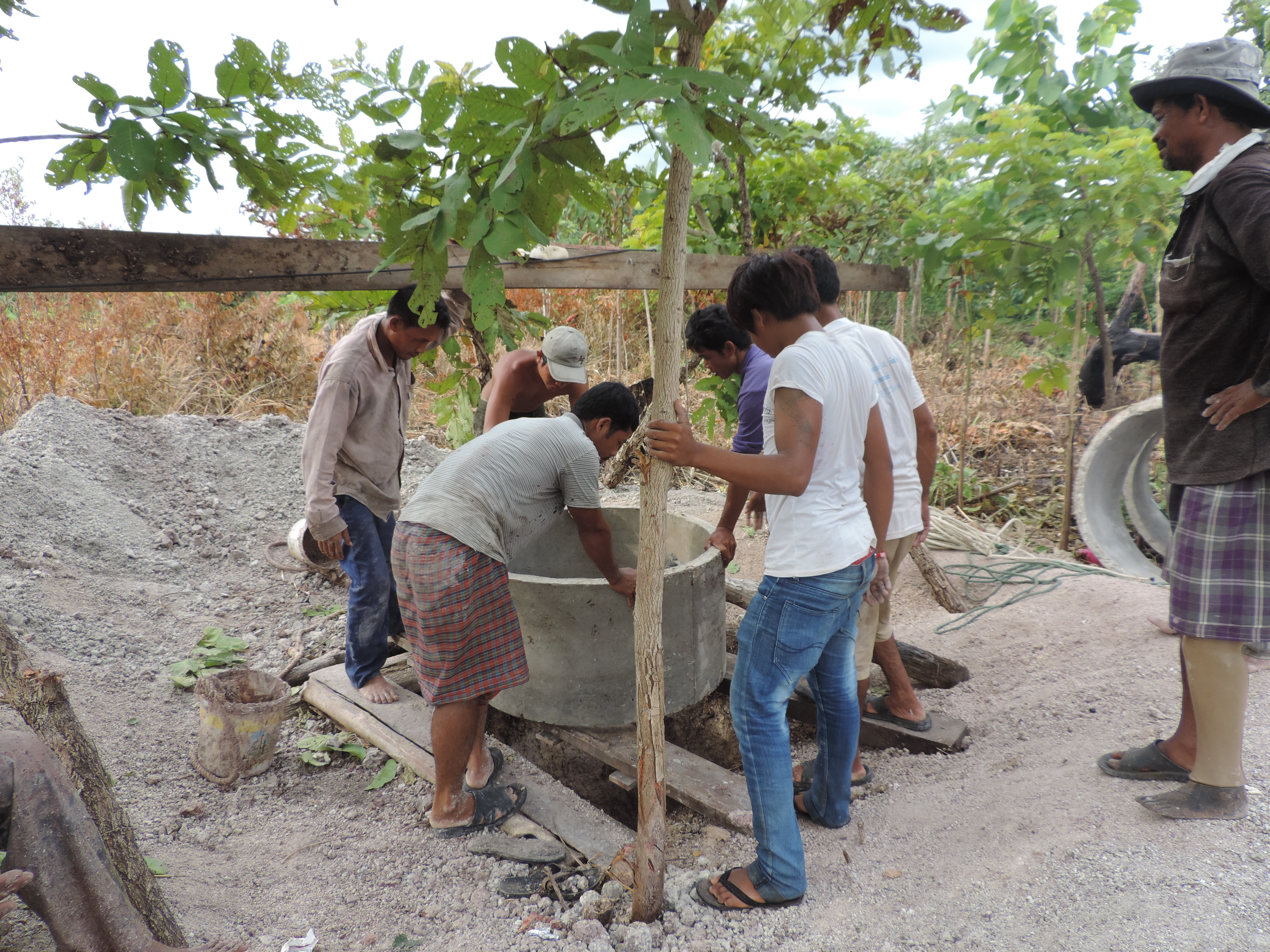 It is noticed, that the climate change in recent years caused this area to be too hot, and the dry season was delayed. Luckily, the approval to build these 3 ring wells were made on time, it can support the SHG members and other people outside the community as whole.

All the villagers express their satisfaction with the ring wells and paddy rice bank, which can help them a lot when they face water shortage and to bridge their food shortage between plantation season and harvest season.

A SHG team leader lady, Mrs. Som Phalla, is very happy with the ring wells and paddy rice bank as she observed that some villagers can use the water for plantation to support their family.

A village chief, Mr. Him Hart, expresses his sincere thanks to the project, that can support water to villagers in his communities for consumption and other uses. Additionally, the food securities for some villagers are better coped.

All the SHG members express their sincere thanks and gratitude to the project support, which can boost their livelihood through water consumption and vegetable plantation and paddy rice loan. 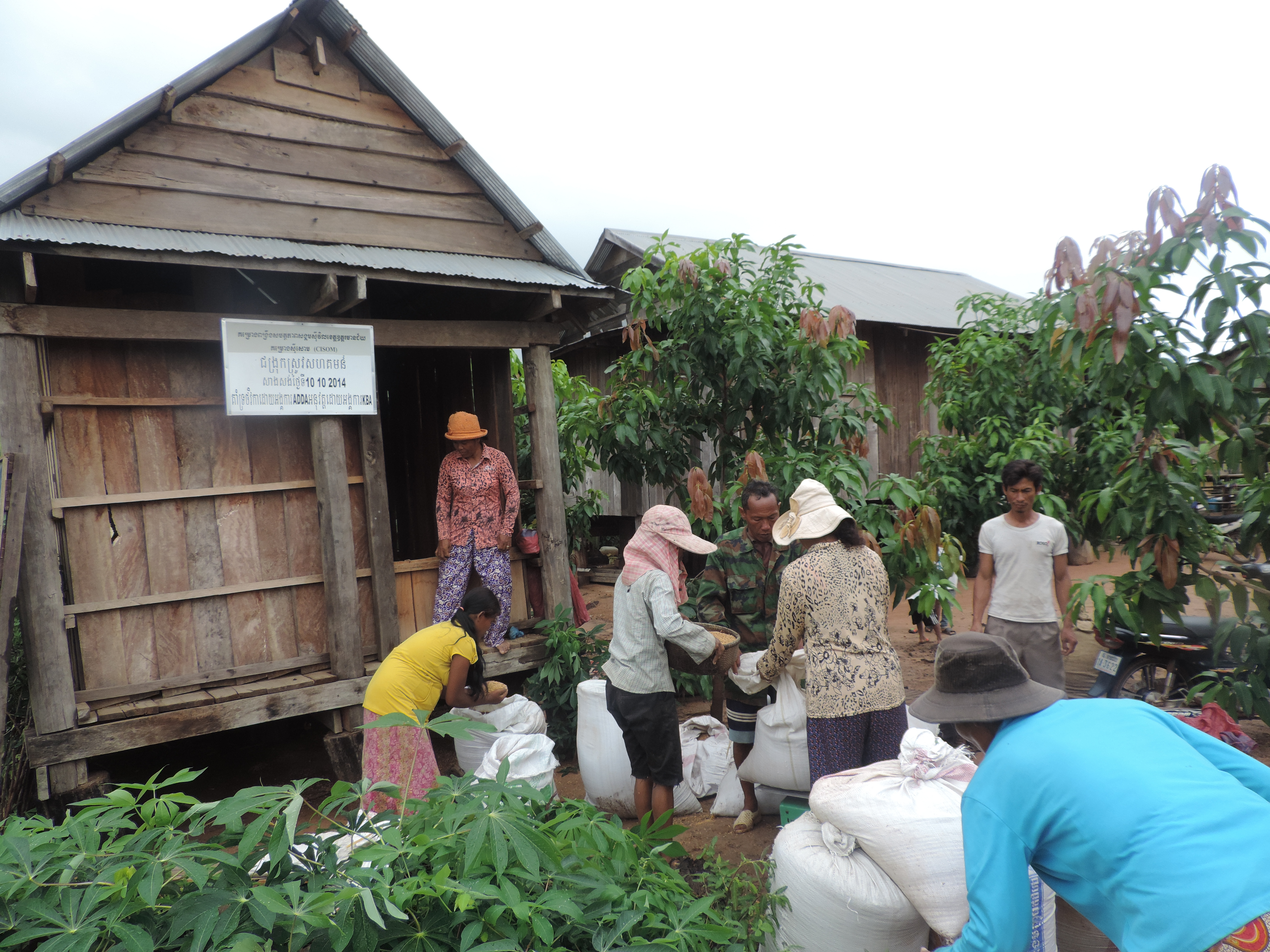